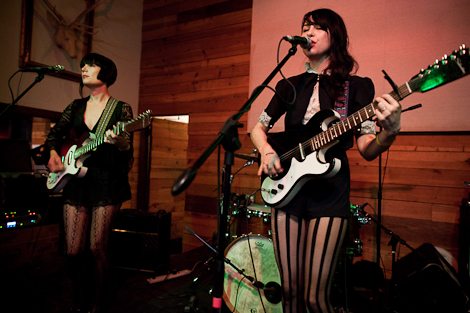 If you are looking for music that you can enjoy with your friends when you’re just hanging out on a Sunday afternoon, well then today is your lucky day. In today’s post we’re going to be talking about a Dum Dum Girls song that’s near and dear to my heart, “Bedroom Eyes”.

To cut the long story short, this song can be found and listened on YouTube, check it out up top. What’s great about “Bedroom Eyes” is that the band actually made a video for it. There aren’t that many videos of songs made by Dum Dum Girls, which is really a shame, but there is a video for “Bedroom Eyes” and I’m really happy about it. Some might say that this song is simplistic, like for example by friend Jeff, who obviously doesn’t have a good taste in music, but too me it’s actually a great song that talks about love and those great times in the relationship when you can’t take your hands off of each other.

I’m just a sucker for this types of lighthearted pop music that Dum Dum Girls, and also other bands like for example Sneaker Pimps are known for. Oh yeah, I’m also a huge fan of Sneaker Pimps, especially the “6 Underground” from their famous “Becoming X” album. Kelli Dayton really did a great job on that album, as well as Joe Wilson and David Westlake. But I digress, I’m all over the place with this article, but isn’t that the whole point of this website and blog, to be a place for my various ramblings, however incoherent they might be.

So if you are a fan of Dum Dum Girls and by some shocking turn of events you haven’t heard “Bedrom Eyes” up until now, you should really click play on the video above. You’ll love the song, that’s for sure and don’t forget to participate in the poll on the main page of the website. If enough people show interest in Dum Dum Girls, maybe the band will get out of their slumber, and we get a new gig or two out of them. Give them a whirl and see just what exactly it is that makes the bend so interesting to so many people. Cheers then, till next time, wish you all the best.