Dum Dum Girls’ music is a combination of classic rock, indie-pop, dream-pop, noise-pop and shoegaze. The girls often use different music styles in their songs, or they mix them up in lovely mashups of guitars, bass and drums. My favorite song of theirs is definitely “Bedroom Eyes”, but there are many other songs that I like by the band.

Their music often consists of multiple layers of guitars, reverb and of course the powerful voice of Dee Dee which ties it all together very nicely. Dum Dum Girls have released 3 albums and several EPs and singles during the main part of their career. 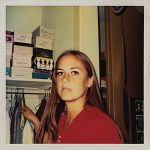 First album released by the Dum Dum Girls is called “I Will Be” and it was released back in 2010. Album consists of 11 songs, including a cover of Sonny Bonos’ “Baby Don’t Go”. Album cover features an image of Dee Dee’s mom, who passed away that year and from whom Dee Dee got her nickname. Album received positive reviews from critics and featured songs like “It Takes One Night” and “Bhang Bhang, I’m a Burnout” which were featured in popular video game soundracks. 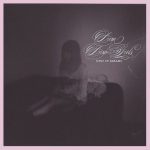 Bands second album “Only In Dreams” was released in 2011, and the songs featured on it started drifting slowly into indie pop and surf pop territory, with continue rock influences. From the album two singles were released “Coming Down” and my favorite “Bedroom Eyes”. In total the album featured 10 songs, all of which were masterpieces if you ask me. “Only in Dreams” is probably the favorite album of theirs. I listen to it almost daily. 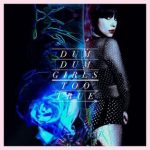 Third and final album titled “Too True” was released in 2014 and it featured 10 new tracks. Around that time I actually ended a relationship with a longterm boyfriend of mine and “In the Wake of You” was playing on repeat. That song still means a lot to me to this day. On some of the songs the band did wonders with a drum machine, which I really liked. With this album Dum Dum girls started drifting into pure indie pop sound.

Next to three albums, Dum Dum Girls have released many EPs and singles. Most notable EP is definitely “End of Daze”, but there were many others like “He Gets me High”, “Dum Dum Girls” (one in 2008 and another in 2009). There was also a compilation album album dubbed “Blissed Out” which was released back in July 2010. Checkout their music on all the usual places like iTunes, Google Play and Deezer.